“Congratulation and wishes you prosperity”

In Proclamation No. 655 series of 2013, Philippine President Benigno Aquino said the declaration of the Chinese New Year as a special non-working holiday would give both Chinese- Filipinos and Filipinos alike the opportunity to celebrate the holiday

A special non-working holiday in the Philippines means there will be no classes in school and public and private offices will be closed.
Chinese all over the world will celebrate Spring Festival, popularly known as the Chinese New Year, which is one of the most revered and festive events celebrated not only in China but also in the Philippines by both Chinese- Filipinos and ordinary Filipinos as well.
Aquino said that the joint celebration “is a manifestation of our solidarity with our Chinese-Filipino brethren who have been part of our lives in many respects as a country and as a people.”
Many Filipinos are of Chinese ancestry. President Aquino himself is a descendant, on his mother’s side, Jose Rizal, the country’s national hero, also had Chinese blood. 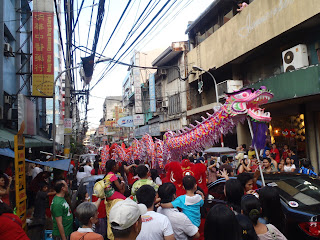 Chinese New Year is the most important of the traditional Chinese holidays. In China, it is known as “Spring Festival. It marks the end of the winter season,  The year is often referred to as the “Lunar New Year“

Chinese New Year is also a festival for families to get together. Chinese from wherever are come home together to celebrate the festival with their families.

The New Year’s Eve is called a reunion dinner, they believed that this is the most important meal of every year. 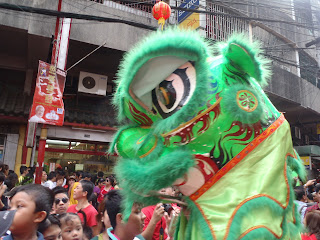 Chinese New Year is the longest and most important festivity in the Chinese calendar. The origin of Chinese New Year is itself centuries old and gains significance because of several myths and traditions. Chinese New Year is celebrated in countries and territories with significant Chinese populations, such as Mainland China, Hong Kong, Taiwan, Singapore, Thailand, Indonesia, Malaysia, Vietnam, Philippines and also in Chinatown elsewhere. Chinese New Year is considered a major holiday for the Chinese and has had influence on the lunar new year celebrations of its geographic neighbors. These include Korean, Bhutanese, and Vietnamese cultures. 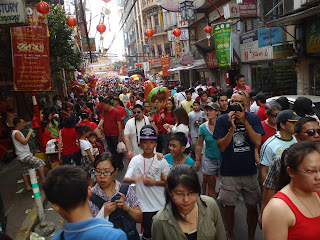 Within China, regional customs and traditions concerning the celebration of the Chinese new year vary widely. People will pour out their money to buy presents, decoration, material, food, and clothing. It is also traditional for every family to thoroughly cleanse the house, in order to sweep away any ill-fortune and to make way for good incoming luck. Windows and doors will be decorated with red colour paper-cuts and couplets, with popular themes of  good fortune or happiness  wealth and longevity. On the Eve of Chinese New Year, supper is a feast with families. Food will include such items as pigs, ducks, chicken and sweet delicacies. The family will end the night with firecrackers. Early the next morning, children will greet their parents by wishing them a healthy and happy new year, and receive money in red paper envelopes. The Chinese New Year tradition is to reconcile, forget all grudges and sincerely wish peace and happiness for everyone. 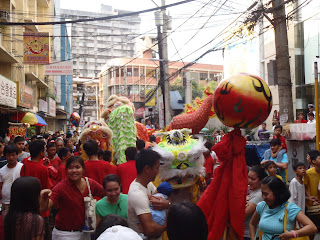 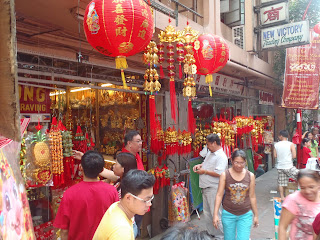 Aside from business, Chinese influenced many aspect of life of every Filipino. Many Filipinos is partaking Chinese way, such as in foods, complying even Chinese horoscope, consulting Feng Sui and other Chinese tradition. 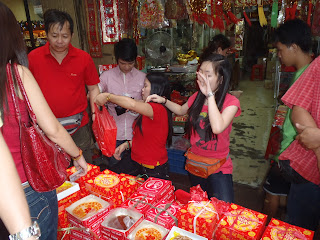 In the Philippines there are unique traditional celebration in every town, cities, provinces as well as in small barrios, since the event is declared non working holiday, let consider Chinese new year as one of the event in the country.

3 greetings of the 9 group of Chinese dialects

The date of Chinese New Year changes each year. The date falls on the first day of the Lunar Calendar.